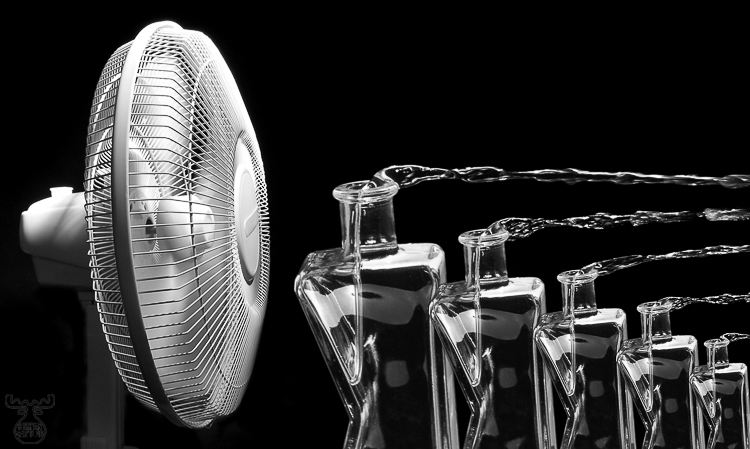 Here comes Mr. Hyde again - Dr. Jakyll if off for January. So at least my wife and likely also my best friend in photography would state. "Here he goes again on the wrong track - far away from real nature photography - and builds illusions instead of showing the beauty of nature."

Well - I can live with it.  Nature is more and more getting my object of preference, but I can't keep my hand off the kind of pictures I refer to as "Experimental".

It's also not a contradiction in mindset to do both. I use manipulation - both analog as well as digital one as in this example - not for putting a butterfly on top of an aligator's snout in order to copy some of the real top photographs -without ever waiting far away from home in the heat for days in order to grasp the one and precious moment. I would not dare to try to immitate reality and trick someone with pretended wildlife photographs. But why not build pseudo-realities (or unrealities) by means of computer manipulation and state "This is a manipulated picture" ? In earlier times people used manipulations by multi-exposures or special techniques when copying to paper. Today state of the art is the computer -  and life gets easier.

Don't missunderstand my intentions of these lines - I am (still) not in favor of everything getting manipulated, and I hate to lump together both kinds of photography in contests, publications or whereever. It's different kinds of art - and they should be told different as oil paintings are diverse from photographed pictures. And unmanipulated photography should still be honoured as the reality, which is hard work to be portrayed!

Back to the picture: Here the ease of digital composing can be viewed: The bottle (it's only one picture actually) and the flowing water (several shots) were already taken in 2003 on normal slide film with studio flashes in front of a black background paper (Canon EOS 3, EF 100/2,8 Makro, 2xMultiblitz Profilux 600 with Softbox and Fresnel Lens, Tripod). The first idea for the final  picture was another one without fan. This happens quite a bit to me: One picture in mind, and suddenly one faked reality changes with another one. That's also the fun with this kind of "photographing"- creativity can live - without regrets.

The fan picture was taken digitally, also with studioflashes - but here only the adjustment lights were used- not the real flash function. The slides were scanned with the Nikon LS-40ED, and everything composed together in the computer. Finally everything was black and white converted and some "problem zones" cleaned up, where e.g. the background was not black enough as the flash had reached it.

Try that with analog photography !

Have a very good start into the new year and follow your ambitions,
your Mr. Mooseman !