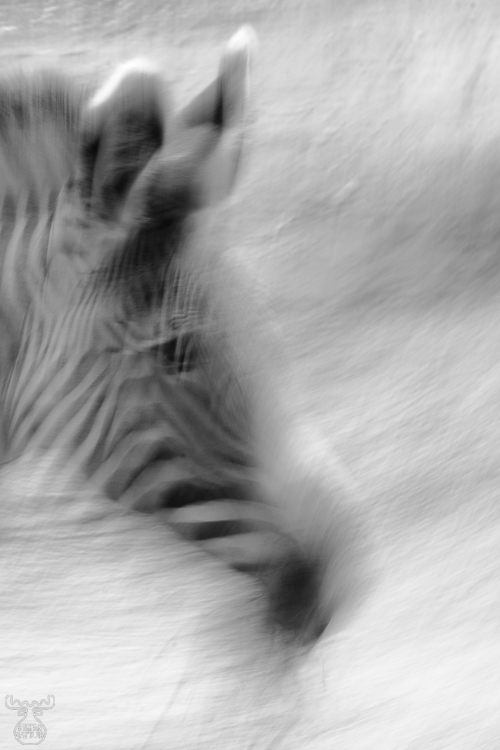 Equus grevyi - a Grevy's Zebra - photographed in Tiergarten Nürnberg in captivity. The motion in the image is in first instance not the movement of the Zebra as one could imagine, but a targeted "shaking" of the camera during a longer exposure period. Although the picture does not candidly reflect the power of a wild animal in a natural habitat, as it might appear on the first glance, I still like it just because of the illusion it (hopefully) produces and the nearly graphical appearance..

The image was taken in color, and afterwards changed in Lightroom with some optimization work on the histogram.

Experimenting with camera movements can be exciting - if not used too often and exclusively. A large variety of effects is possible - try using the zoom or shift horizontally or vertically. Or rotate the camera. Experiment with different exposure times during the movements. Start before opening the shutter, or keep the camera fixed for a certain part of the exposure before entering the moving fraction.