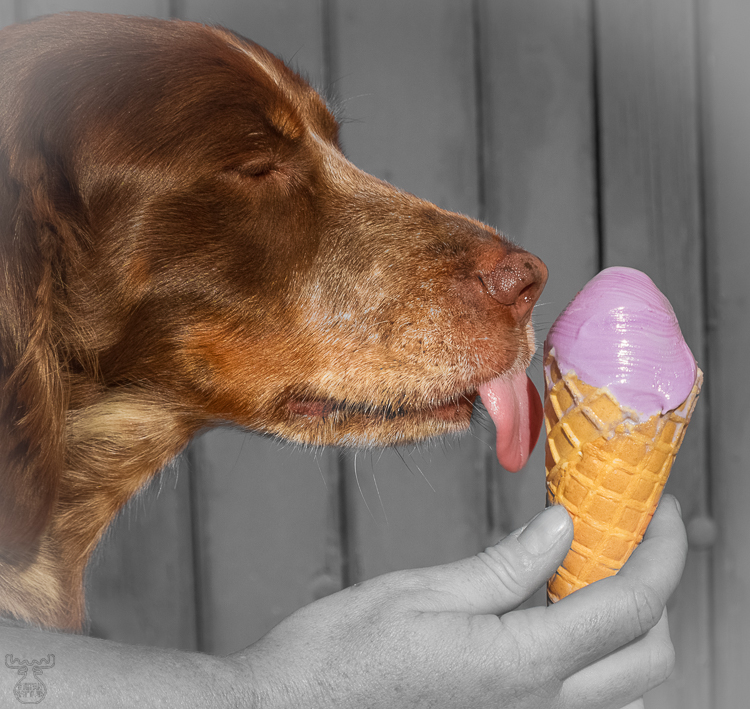 You have to try! When travelling, one major rule is not to look for food of the same kind you are used to from home, but to try the traditional foods characteristic for the visited region. Following this rule, all kind of lavender - an archteypical plant of Provence - had to be tested. Lavender biscuits, lavender honey and - yes - lavender icecream are real.

It is lavender-lilac-mauve colored, has the texture of conventional icecream and the smell of lavender-scented toilet deodorizers. I assume it also shares it's taste - well, I never tried a toilet block myself up to now, so I a not sure on it.

Finally it was worth the try. Worth one try. Some might call me an animal tormentor - but our Breton spaniel called Lola loved the icecream. And she survived! Now - as any canine - she also is highly interested in rotten remains of hares and such, so I decided her doggish taste is not significant after all ...