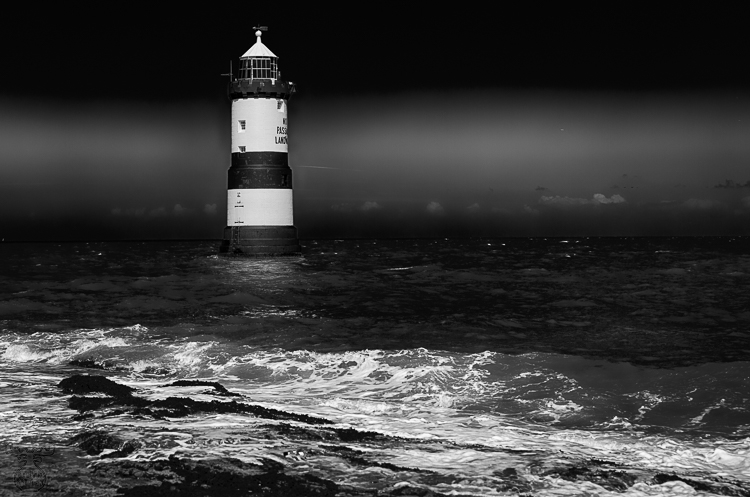 Yes, I really like lighthouses. And despite the fact, that lighthouses are in general a favorite subject for many photographers and maybe feel slightly worn as a photo scene, I will continue my series likely forever - or better whenever I find a lighthouse - small or large, onshore or offshore, steel or stone ...

This 29 metres tall lighthouse is located in the Menai Strait in North Wales on the Isle of Anglesey. Penmon Lighthouse, or Trwyn Du Lighthouse in Welsh, was the only one I visited during our first Wales visit in 2016. An offshore lighthouse without possibility to visit, but in a wonderful seascape and a small island - Puffin Island - alongside.

A few steps from the lighthouse another important feature was situated: Pilot House Cafe - a cosy café with excellent coffee, cake and scones. Important, as it served as a pastime for the rest of the family while myself stayed the necessary period (my wife said ways too long, but that has to be regarded as a gross exaggeration) for depicting the lighthouse in various angles, light situations, daytimes and seasons :-)

This image with a high contrast between the sunlit whites of the tower and the dark areas of sky and sea is a black and white conversion of an HDR image with a little bit of tweaking.