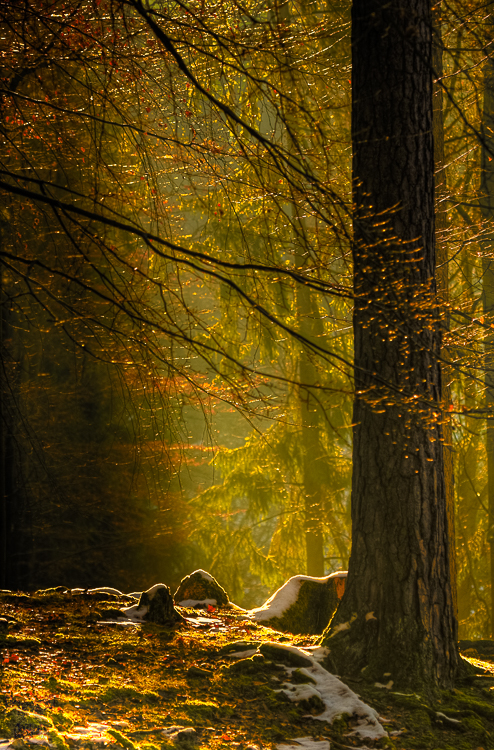 A sunny, but cold winter afternoon end of November. The question of carrying the camera gear get's a matter of fanatism for many photographers. It can pay off to do (not only because a large photo backpack hold's the back warm). While the motif isn't spectacular, it reflects the atmosphere in the Franconian forest environment I felt when taking the pictures (wearing photo gloves to avoid my fingers freezing to the release button).

The picture is in fact three pictures - combined as HDR image to cope with the extreme contrast ratio in the scene. In cases like this I do not regard the final image as manipulated picture but as one showing the reality better than technology can usually conserve it. Using your eyes only, you were able to both see the structures of the tree bark and the illuminated background trees. So does the HDR image.