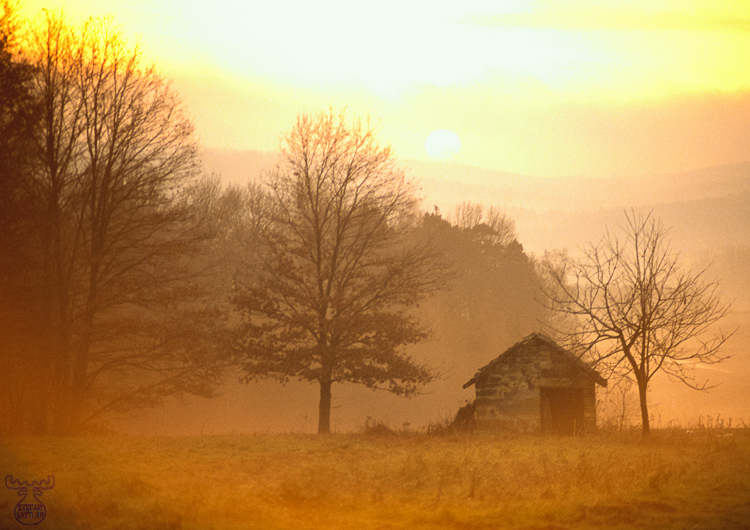 
The title tells the story behind the image: More a stroke of luck than a planned image, it just happened on the way to a friend in a nearby village. Realizing the upcoming fog flooded by warm evening light I knew it will be a brilliant image. Given the fact, that I did not have a camera with me, this image was hard to capture.

So after the lucky shot - an interesting motif, the correct time, angle, environment and light, the work came into play: Getting back home fast enough, grabbing the camera (film loaded?), getting back to the spot and hoping, that I was still in time before the fog and the light finally vanished forever. I was lucky ...

It was one of my very first images still worth looking at. The image was taken in 1989 on "real" film with my first, self-earned SLR camera in a period, where photography did not play the important role it does today. Unexpectedly I got positive feedback from two young ladies working at my local photo dealer when I picked up the print from the shop. Slightly later they displayed a large poster of it for some weeks in the shop showing my name on a small label under the print.

The resulting boost in motivation when finding out, that I took an image others actually enjoyed, was maybe one of the major factors and positive experiences, which kept my passion for photography alive to this day - a real lucky shot!