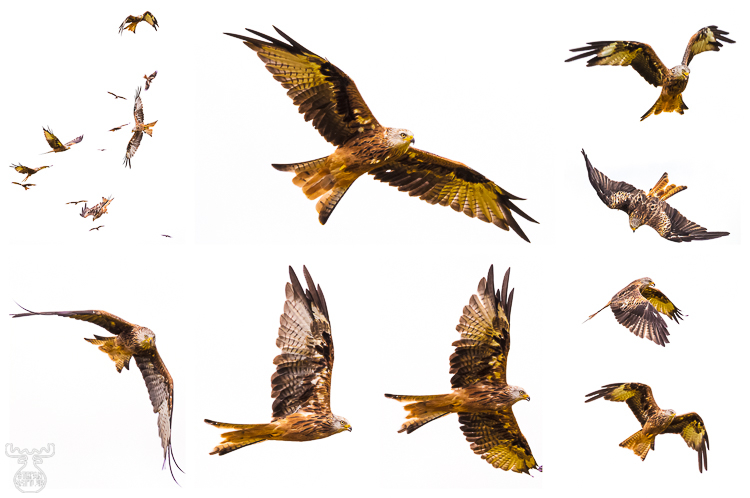 Besides all nature films, spectacular images and reports, don't miss the "real" live fascination I experienced when visiting The Red Kite Feeding & Rehabilitation Centre at Gigrin Farm in Wales.

Waiting for the incoming birds after food was disctributed in front of the visitor and photographing hides, seeing the crows coming in first clearing the area - and then finally hundreds of majestic redkites soaring almost silently in - an experience you cannot compare to any film.

After leaving deeply impressed after the event, we instantaneously decided to come back the day after. Also the second time it didn't loose any of it's fascination. This time we stayed even longer in the hides - after we had realized the day before, that the redkites returned several times after the intial spectacle to collect leftovers from the feast.

I don't remember how many images filled my memory cards despite the rather bad photographic conditions during the two days. I'd estimate it was more than I ever did on one day before. The yield of useable images was acceptable, although I really look forward to another chance in better light somewhere in time. This picture of the month is a collage of different flight states of the amazing birds.