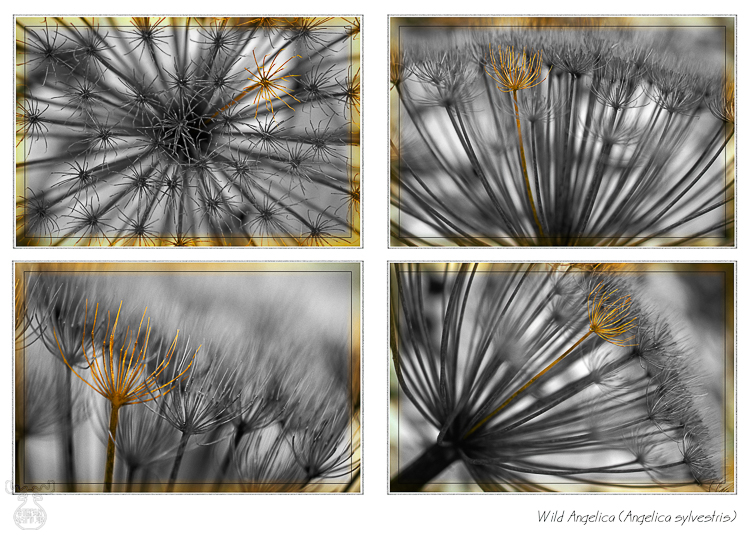 Nature in arts - for me often a process where nature is transformed to an un-natural image. An unusal manner. And not nature photography in it's reporting character - by purpose.

This wild angelica, already dried and dead when photographed in wintertime, gave an interesting object. A couple of slides shot during a cold winters day gave later on a broad base for selecting the four best - respectively fitting and different - frames for this collage.

While the original pictures were already rather monochrome and sandy coloured, the computer turned them totally black and white after scanning with high resolution. Not fully - some of the small brittle twigs were allowed to stay and got a little more saturation. A very time consuming job to crop the tiny branches almost in a pixel-by-pixel selection. Similarly the frame kept it's original tint and completed the impression I was looking for. Some final finishing touches for the collage of four and additionally frames around the pictures finalized an abundance of hours spent on this collection.

How easy some "real nature" photography could have been ...