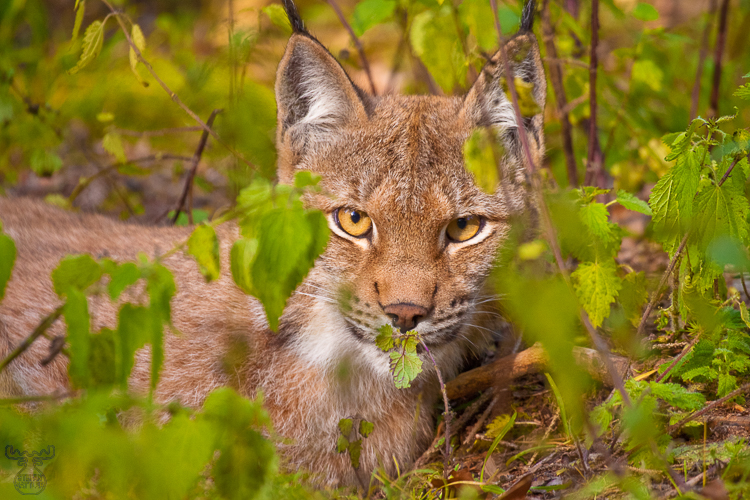 20/20 is not the correct measure to describe the lynx' acuity properly. Although the sense of hearing of lynx is the most distinct attribute, his eyes are exceptional sensors with a six times higher sensitivity than that of humans allowing for locating prey in dawn and night. A mouse can be spotted in a distance of 75 meters.

This awesome species entered the stage of my favorite Wildpark Hundshaupten end of 2010. The picture was taken just a few days after the three lynx arrived in their new, large enclosures. It was an exceptional experience to be allowed to enter the fencing and get close enough to take some tele lens photos in the warm evening light.

Shortly after I had taken some pictures in a kneeing position the cat stood up and passed by in just about two meters distance with slow and almost deliberate and gentle steps - it seemed like the lynx knew exactly about his power and deep impression he gave to me.