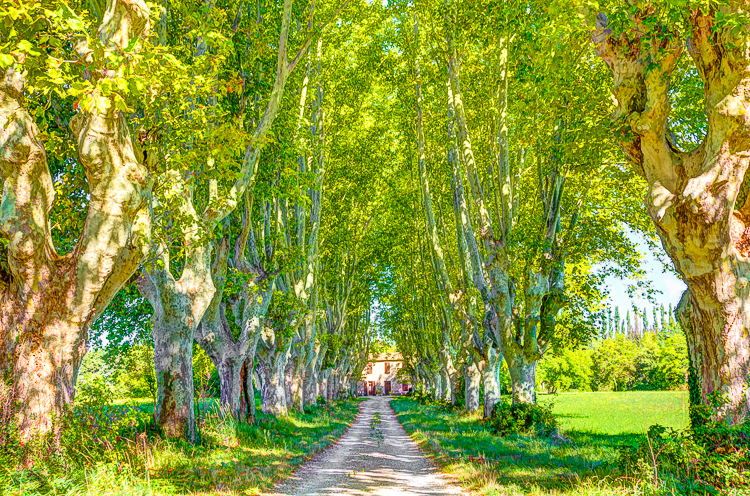 Alleys of trees get rare. In most cases the extension respectively broadening of roads or the pretended risk of accidents leads to the clearing of wonderful old tree tunnels. The safety of street rioters is regarded more important than natural monuments.

In Provence there are still some areas, where those relicts of former - less hectic - times, where trees were not seen as risk for travellers - are repeatedly encountered. Specifically in the area of Saint-Rémy I remembered the existence of such remains of originally common street decoration from our first visit many years ago. I was delighted seeing that they still exist.

Admittedly - my traffic behaviour when locating this alley was not fully according to rules, but traffic rules seem different when travelling in France anyhow ...

It is not the extended type of parkway you can travel for kilometers, but I actually liked the short version with a visible target at the end as much. Wouldn't it be wonderful owning such an ancient mansion and being able to decide on keeping the natural tunnel guiding you home every day?