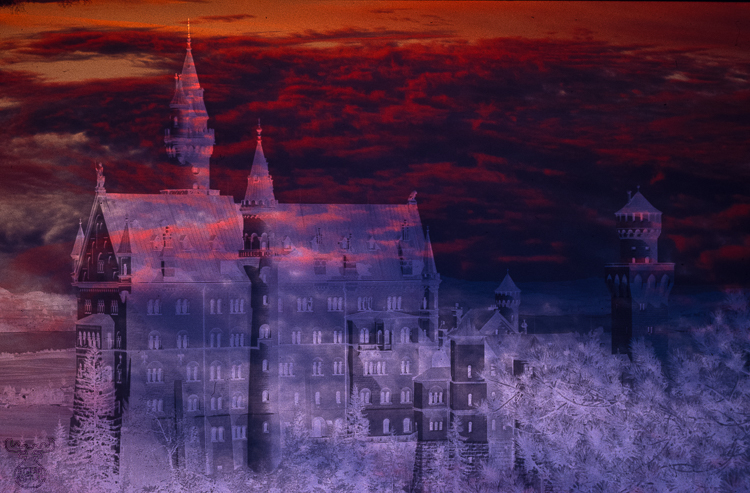 Neuschwanstein is one of the most photographed architectural highlights in Germany. Too boring to just take a photo from, I thought. And sat down after vacation to think about what can be done about it.

This is one of the results: A mystical approach emerging from the sunset combined as a sandwich with a black&white ngeative of the castle. Could very well be, that Dracula originally was in Neuschwanstein :-)

The picture was taken at a hiking tour, which offered this view from a slightly higher standpoint. The sunset I took some time before that at home, and over-exposed it already having a sandwich in mind. The final picture then was duplicated and the "slighty different" picture of Neuschwanstein was ready.

The original picture came into being in May 1997 already, it came into my hands recently when I updated the web, and I noticed I still like it very much (hopefully nobody accuses me of disfiguring German cultural possessions now!

Experimental photography can be fun - try it !
Your Mr. Mooseman