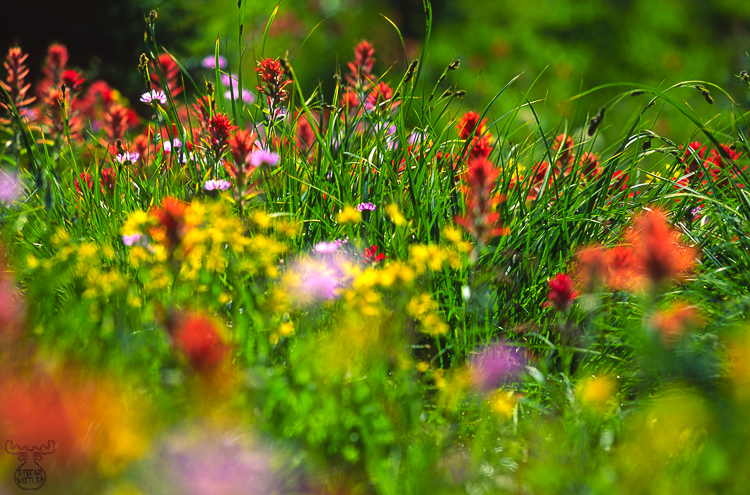 A rather simple picture - without any tricks and manipulation - but my wife's favorite picture of all (because it is without manipulation?)

It was taken in British Columbia/Canada on Mount Revelstoke in August. Just a few weeks before the last snow vanished, and within a few days a variety of species with a vast amount of flowers appears on the mountain meadows. In dips still snow and ice are kept for a long time, but on the sun-exposed meadows the warmth gives way to a short period of growth and life.

One thing you shouldn't forget: The same rapid explosion of life happens with mosquitos! We were told, that about 30 different species are known in this area, some of them we managed to meet personally ... some insect repellent works wonders ... for some of the species at least.

The picture was taken on Fuji Velvia - still the most colourful slide material I know. Just perfect for such motifs, and not replacable by digital photography (yet?). The special effect of this picture is derived from a limited depth of field showing the front-most flowers blurred as soft colour spots only .

Catch the colours,
your Mr. Mooseman !