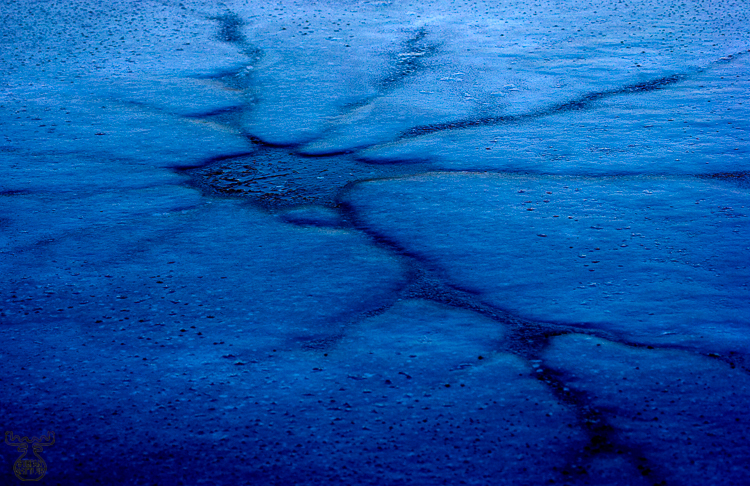 No planning, but pure conincidence brought this motif into my memory card. A little bit of luck helps, too!

Being out there on a cold January afternoon at a little field of ponds resulted from a strong need to try a newly bought lens. It was the EF 100-400/4.5-5.6 L IS USM, which I recently was able to afford. So it was easy enough just to drive around the corner close to where I had grown up  - in Forchheim. Light was superb this late afternoon - some last rays of light here and there bringing warm light, and huge areas already in shades with their blueish appearance.

While I only had intended to try sharpness and brilliance of the lens as well as the image stabilizing function in available light situations, I anyhow found some objects of interest resulting in nice photos - one of them cracks in the ice surface of the ponds, which I collected a few during an hour of shooting. It's really nice to sort pictures after such a session and find some of them good enough to get into the "Pictures liked" folder, especially if not expected or planned so.

Some contrast adjustments and cropping were needed to get this picture as I wanted it to be - the intense blue was not that brilliant unless the tonal value correction was applied, and the current view is the result of some cropping to find the centre of the cracks exactly where it is now. I like it ...