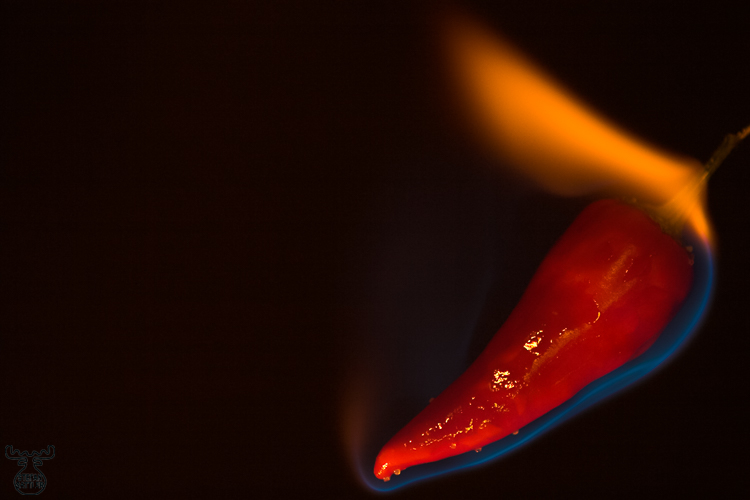 Photographing red pepper was a project I had in mind more many years - until my brother had used some home-grown red-peppers (green, orange and red ones) as decoration for his dinner table. Some of them were on the spot kidnapped and dreadfully tortured with fire.

To visualise the flavourful effect of red pepper I had in mind combining the signalling color of the vegetable with a real flame. So I dropped some alcohol on the pepper, which I had clamped in front of a black backcloth, and set it on fire. Some studio flashes brought the bright red colour and some reflexes to the red pepper, a longer exposure time (1/8s) were enough to show the flames surrounding it.

Quite some vegetables were crucified this evening, many just burnt and got black instead of leading to acceptable photos, and some gave their lifes to live forever :-) By the way: In order to achieve the yellowish appearance of the flames add some normal household salt to the alcohol - sodium colors flames yellow (and salt in sodium chloride) - sometimes it's good paying attention in school ...