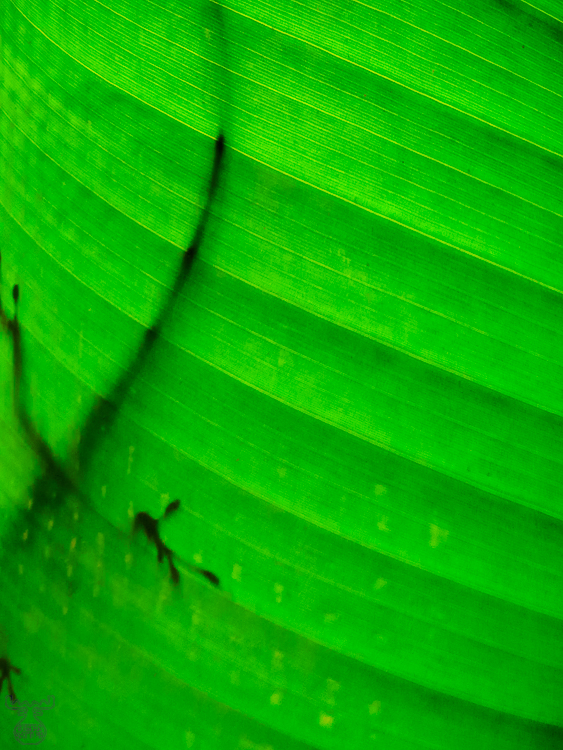 Very likely it was a Hispaniolan green anole (Anolis coelestinus), who tried to escape my lens (or better: leave the leaf). It was easier than normally for the lizard - as I didn't have an SLR at hand. It was a matter of luggage - the picture originates from Haiti, where we first met our adopted son Matteo. Not much space and weight left in the huge suitcases, which had been packed for a longer stay in an area not known for it's abundance. It was not a typical vacation trip ...

I missed my "real" camera as it was a fascintaing and widely different flora and fauna. Hummingbirds - fascinating and fast creatures, caused double trouble: I neither had a real telelens nor the required fast shutter speeds or short release delay. The lizard on the banana leaf was not that fast to cause the position on the leaf by mistake - I just liked the shadow on the monochrome leaf foreground in combination with the intersected structures of plant and animal (tail).