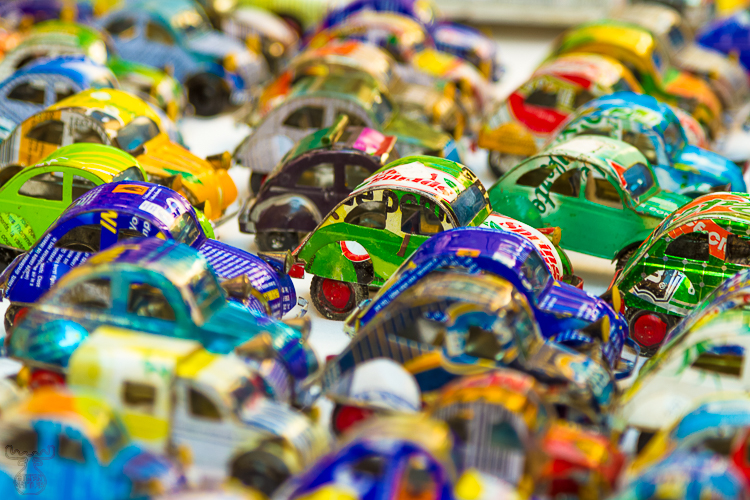 The Citroën 2CV -originally intended as a farmer's car to replace horses and carts -became a cult object over the years. It's name - 2CV - derives from "deux chevaux", which translates to "two horses".

Surprising with a very special design it earned many nicknames in lots of countries. The French version "Dedeuche" is an abbreviation and minimization of the French "deux chevaux". The German "Ente"="Duck" was obviously more friendly than the Dutch "het lelijke eendje", which stands for "The Ugly Duckling". Also the English nicknames like "Flying Dustbin" or "Tin Snail" were not really praising the qualities of an extraordinary car sold more than 3.8 Million times.

Production finally stopped in 1990, besides that of small tin can based versions sold on many markets in France.

I really love town markets. If you forget about the hectic scrample around you it is often the accurately placed articles on the market tables which offer so many photographic opportunties.