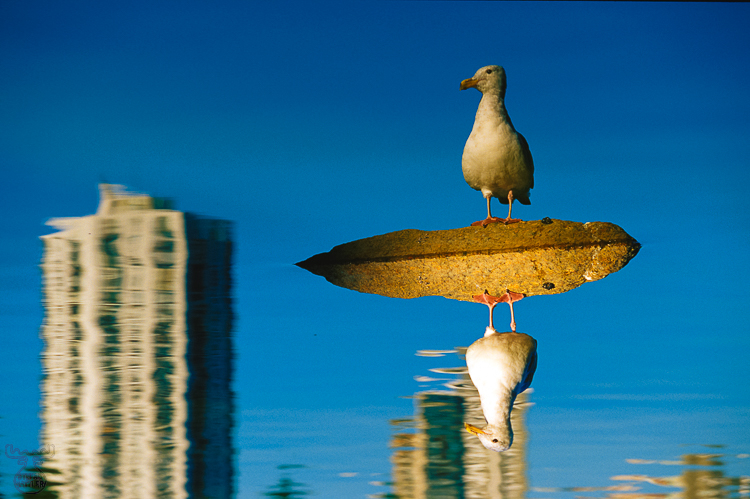 A simple picture, which may confuse on the first glance. Are the reflections really looking OK? Something appears wrong - and is.

This Glaucous-Winged Gull (Larus glauescens) was sitting in fair distance at Lost Lagoon in Vancouver, Canada, when I had some hours strolling around at this wonderful scenery (my wife was just jogging in the area, possibly not ably to sustain my extensive film dissipation in such environment :-)

So a 70-200/2,8 L USM (at about 150mm) on the EOS 3 (with tripod and mirror lock) was enough to capture the calm gull on Kodak EBX100 - a film becoming my favorite in this vacation - nearly as colourful as Fujichrome Velvia (RVP50), but better affordable when shooting 40-50 rolls in a few weeks. And those 40-50 you need when getting to Canada (If ever somebody has a good job for me in Vancouver, let me know!)

Take it upside down,
your Mr. Mooseman !