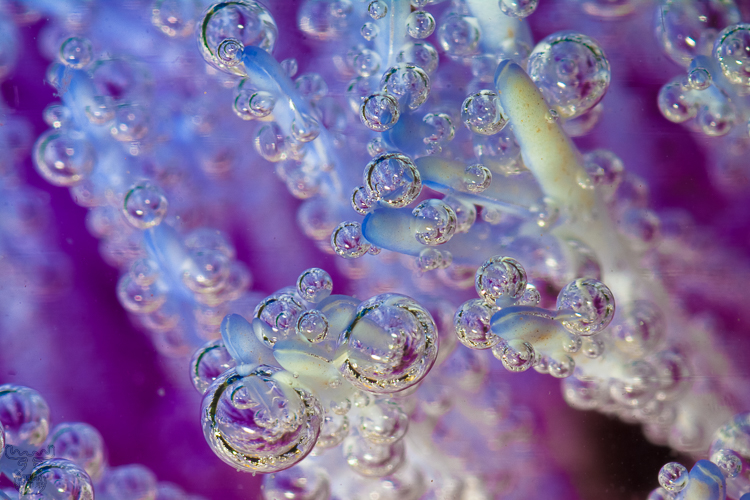 None of those - it is an experiment with an artichoke. When I first saw the blooming vegetable, I was amazed by the blue-lilac flowers with it's tentacles on the fields in Brittany. It was already after the main harvest, so only few artichokes remained. One of those leftovers, forgotten and extracted from the food chain, by some reason found it's way into my car and back to our summer cottage.

An old idea emerged again - using sparkling mineral water to create small air bubbles on an object submerged. This is the macro example of the realization. Illumination was a mixture of sunlight and unleashed flash.

The most significant problems to take this photo were
- getting the artichoke submerged head first (it had a tendency turning round and an even more severe one not getting under water at all - I used a variety of kitchen-utilities to fix it - at least for some seconds)
- getting sparkling mineral water in Brittany and
- keeping my son - as mad about soccer as possible - in a distance without risk of destroying the whole setup with a right-foot shot missing the goal.