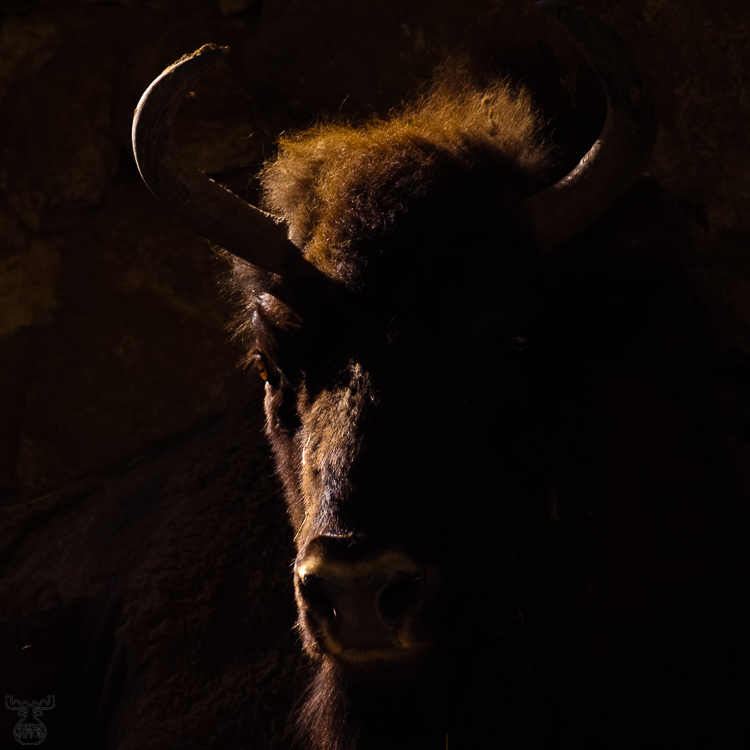 
It was in the Dark Ages that European Bisons were still found in large herds in Europe. Almost extinct in the 1920s, only 12 specimens remained in zoos - basing a rather low genetical variation. The reason was maybe the production of drinking horns and hides, which were made from the heaviest still living animal during those Dark Ages.

Conservation breeding programs - followed by reintroductions into wilderness - resulted in a population of more than 3000 animals today. This "Dark Bison" overcame the Dark Ages to pose for this photo in Wildpark Hundshaupten. A ray of sunlight entered the bison's shelter from the side and spotlit the impressive head.

The illumination on the beasts eye reveals a sad and mournful look. This proxy of a formerly almost extinct species might meditate on the still unlimited human foolishness when dealing with environment and nature.

He is in good company: The following quote is attributed to Albert Einstein:

"Two things are infinite: the universe and human stupidity; and I’m not sure about the universe!"