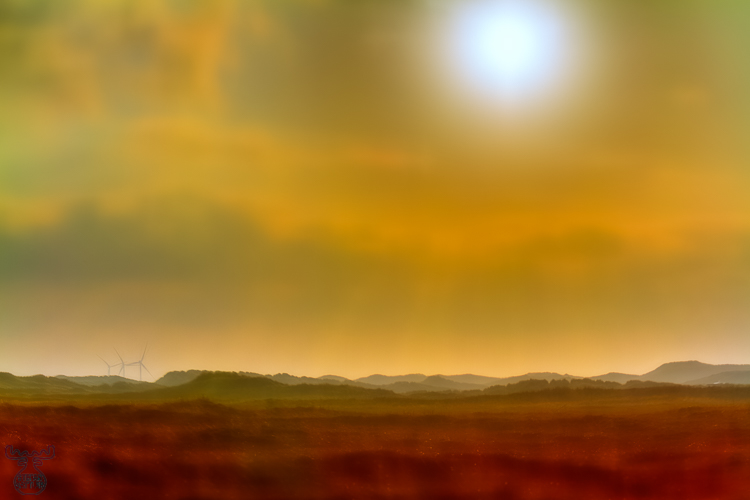 When tramping the Danish landscapes in West Jutland you will rarely find hilly terrain. Hence, a far view over the dune and heather landscapes in vicinity to the North Sea often reveals wind plants in the distance.

From a photography point of view wind plants never made up an obstruction, but complemented the message of nature and nativeness. Could you imagine how a nuclear plant would fit in instead?

The extended plain of heathland - with a little ripple of dunes and a tiny peak of three remote wind turbines - provoked a deep relaxation when walking along with my dog. A level of rest I almost only find in the rather unspectacular landscapes at West Jutlands coastal region - recreating creativeness, which is easily lost in daily hectic and business.

Some of that regained energy invested into photographic interpretations of "pure" images lead to the series called "DreamArt" - of which one implementation is found here as "Dreamy Heathland".