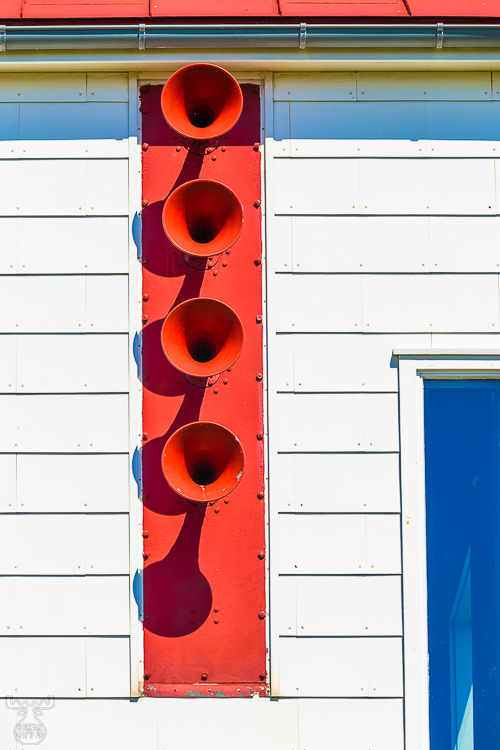 No doubt - I am a lighthouse maniac. Just given the chance, I will visit any "fyr", as they are called in Norway, where also this four-in-one foghorn line is located.

Kvassheim Fyr was the first lighthouse I have discovered during a "day off" from my family, while my wife and son stayed in a theme park (did I ever tell, that rollercoasters and such will never become close friends with me?)

Norway has a vast amount of lighthouses. Not suprisingly takings it's 83.000 kilometres of coastline into account. A total of more than 200 lighthouses exist, a maximum of about 150 were in operation at the same time. Luckily not the foghorns of Kvassheim Fyr when I visited - it was a sunny day not showing the slightest mist.

Besides the great weather, the day was enriched with 3 lighthouses in a row. Close to Kvassheim Fyr a small harbor hosted another, pretty small lighthouse. A little further Obrestad Fyr ended the lighthouse tour.

But the thing I loved most was the color contrast between the white building, the red foghorns (a color also found on the house's roof) and the reflections of the bright, blue sky in the windows. It was not the most beautiful lighthouse in total, but it offered great details.