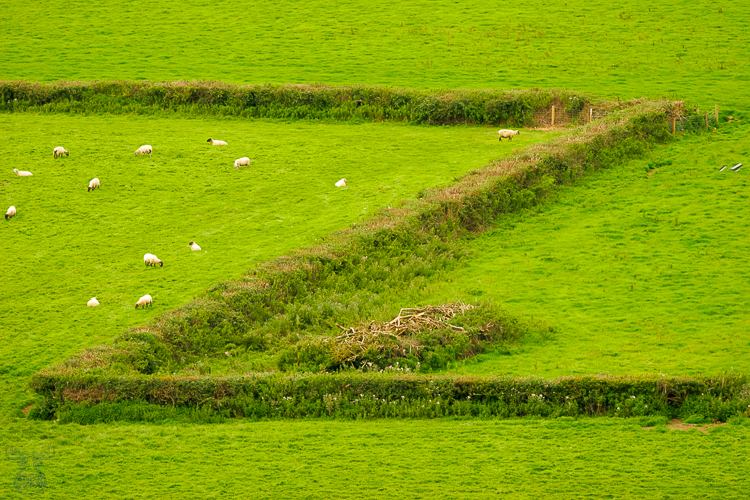 Graphical elements can be a wonderful area of photography. Looking for it is fun. Mostly such motifs are found in the macro or detail area in nature, some others in the technical and human world.

This one here is more macroscopic and enters the photographic eye therefore more easily. Actual this occurrence close to Rock of Cashel in County Tipperary was not the only pretended remains of an ancient Zorro visit in the Republic of Ireland - at least another one exists at the far side of the Island close to Torr Head in County Antrim, this time in Northern Ireland. The main difference: the grazing sheep were on the other side of the artificial border made of stone and hedge.

A natural analogy to the long-lasting problems between the Republic of Ireland and Northern Ireland ? Not really, and Zorro was likely not here either ... but phantasy is another phantastic thing in life.

The omnipresent lush green and the occurence on both sides of the still existing border more indicate, that the country is one in reality. Hopefully the positive trend of convergence between the two parts can be continued, and maybe the sheep will then browse on both sides of the hedge next time we will visit Ireland ???