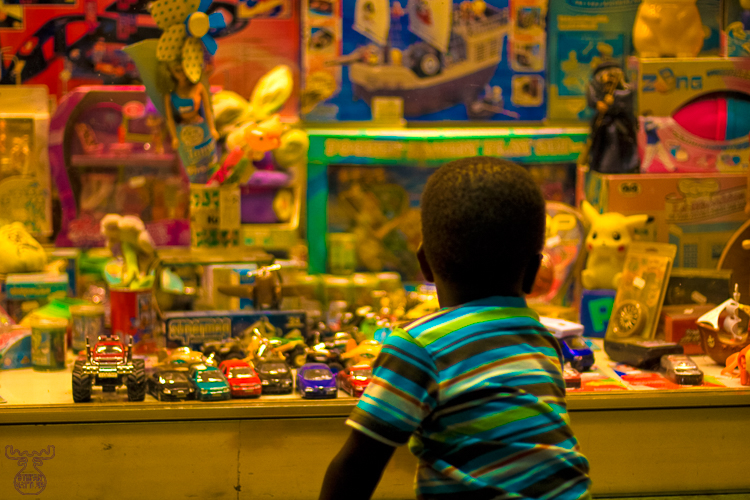 Would you agree if I said, that some things never change? Just as a child's longingly gaze in front of a toyshop?

Boys get older, but it is only (or should only be) the type of window display which changes, not the desire. If you would ask me today, I would most likely give a very similar sight in front of a photography store ...

From a photographic point of view the picture is not special - except maybe that is an available light image (it was actually half past ten in the night during a visit of Garda at Lake Garda).

I used  a 50mm/1.4  lens at F1.4 with ISO 320 - both things which I did usually not have or use in analog times (while the first one was an issue of money, the second one was more a matter of changing film rolls to have higher ISO speeds available). How easy and comfortable a photographer's life became with today's modern digital cameras (which you can find in one of the many display windows, where you can find me standing in front of).