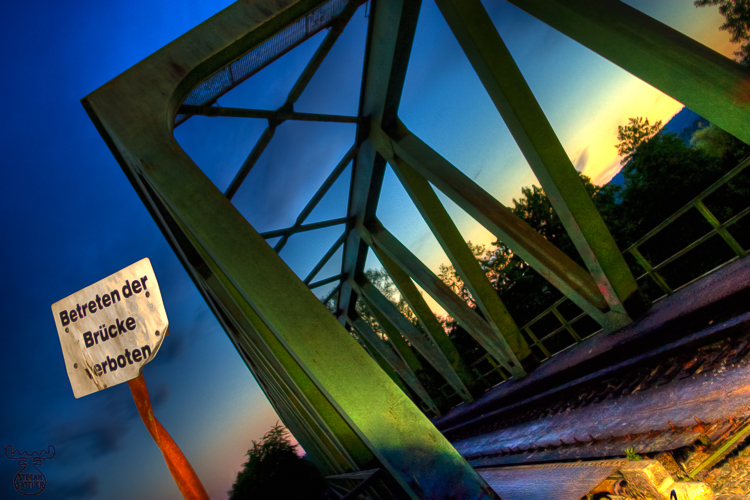 Planned for years, I finally made it to shoot the old railway bridge so close to my working place. I didn't find the time and energy to pass by for several years, although the location is not even 100 meters apart from parking lot of the company I am employed at.  After the rails of the decommissioned line, which had started operation in 1892, have been dismantled during this year, I remembered the project.

One evening, where I intially planned to use the "indigo hour" for nightshots in my hometown, I redirected my car to the railway bridge in order to fill up the time until the sky reached the desired color and brightness.

I used more than two hours finally to take a series of mainly HDR images, HDR with flash, flash only and conventional images. I laid down in the dust and gravel, was savaged by myriads of mosquitos and visited by a marten, who likely was even more surprised finding me lying on the ground at eye level to him.

This specific image was composed of 5 single shots separated by a total of 4 aperture stops using Photomatix Pro SW. All pictures were taken with flash and manually adjusted flash exposure.