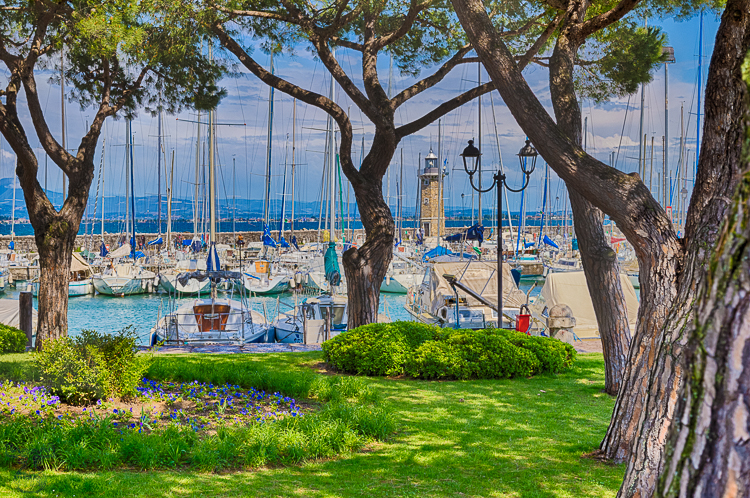 It was just a few days before we set off for another short trip to Lake Garda in the Northern parts of Italy. The unexpected hit me when I browsed on the internet with a few keywords like "Garda Lake" and "photos".

Being so many times in the area, I never had realized before that abroad our usual main area of activity, which is on the East coast at the Gardesana Orientale between Malcesine in the upper third of the East shore and Sirmione in the South, a lighthouse was waiting to be discovered.

As those being familiar with my images know, lighthouses definitely belong to my favorites, and usually I find them at sea coastlines and not at lakes. Admittedly - this lighthouse was a smaller example of it's class.

This one - Faro di Desenzano (translated lighthouse of Desenzano) - was embedded in the beautiful harbor area with sailing yachts and a cosy seafront zone with an awesome old town on the other side.