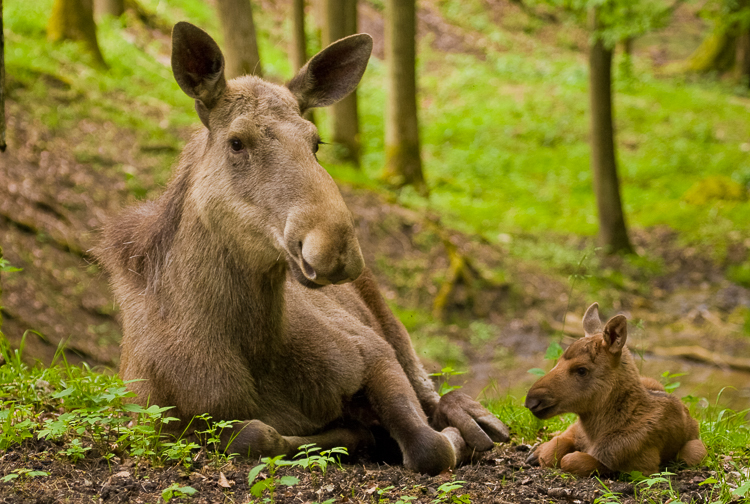 A moose circle of life

Listen to the moose! That is what Walter S.Griggs Jr. wrote down as a personal dedication in a book he had sent me for my moose archives long time ago.

Moose are a very special kind of beast. Just a few hours after birth, young moose calves can stand up and walk. An amazing feature of nature helping them to survice the dangers of predation they are exposed to.

Walter realized the special kind of animal moose are.

And close after that, he had written a sentence showing we were at the same wavelength: "By looking at a moose, I feel the strength of a regal animal, whose curious configuration exudes the power of a creature that seems to be at peace with itself and with its world.”

He was a great man and he was a friend. He passed away recently and has left a big void. This image is in memory of Walter. Listen to the moose!