Picture of the month - September 2008 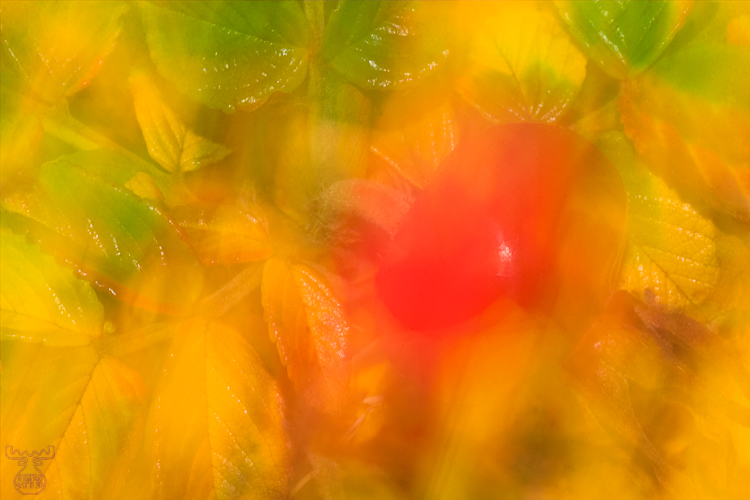 Rugosa roses are very common on Denmark's coastline. It's actually one of my favorite plants where both the white or pink flowers as well as the bright red hips are beautiful to look at and good objects for photography.

Besides the vast amount of pictures taken from plant and fruit in conventional manner I experimented during my last Denmark visit with longer exposure times and utilized the omnipresent winds on the coastline of Western Jutland. Half a second manually selected on my EOS 30D on a sturdy tripod,  and a power reduced flashlight at F32.0 resulted in the blurred, fluent picture with a sharp core image which I had in mind.

Being a friend of radiant and saturated colors - as is known - the mixture of strong yellow and red chroma with a slight touch of green on some of the leaves entered  the picture into the finals for the picture of the month selection. With an analogue camera and my favorite "Fujichrome Velvia 50" the saturation and colors would have been the same - but having a "blurr control" on the display of my digital SLR directly after exposure showed the tremendous advantage of the modern times - although I miss sometimes the suspense of former times when collecting the developped film rolls after vacation had ended ...