Picture of the month - September 2009 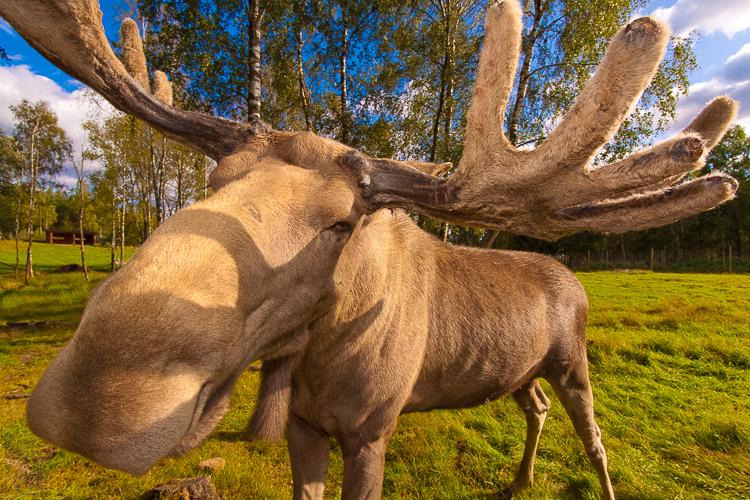 It's the first picture from the 2009 Sweden vacation. And of course depicting my mascot and master object.

And it is not the most fair method to use a wide-angle-lens to get an advantageous perspective and realistic  proportion of an animal already somewhat odd in appearance. But it's fun!

And getting that close is not advised in wildlife conditions. This exemplar was disparaged at Elinge Älgpark in Hamneda (Sweden). A phantastic park with tame moose (although a fence prevents from too close vicinity with specifically positive effect for the moose, I believe.

This park can be recommended for all kind of moose fans - you get fresh foliage when enetering, so you can even feed the moose living in amply dimensioned enclosures. A souvenir shop is available, as in all other of the parks springing up like mushrooms to satisfy - especially German - tourists. Most of them will never see a wildlife moose ...