Picture of the month - September 2010 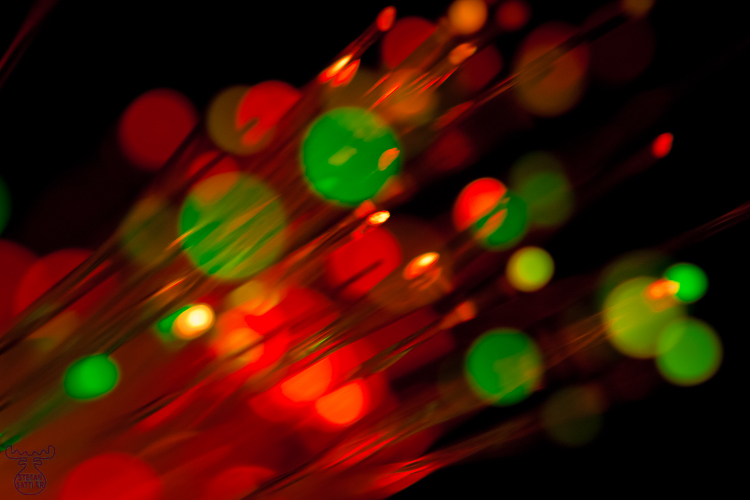 POF - that is the abbreviation for Polymeric Optical Fiber or Plastic Optical Fiber - are normally used for means of light transportation, mainly in data transmission applications.

It's capability of transporting light is also used in toys - as here in one borrowed from my son - a dinosaur light grip he received when we visited the live dinosaur show "Walking with Dinosaurs". He luckily didn't miss it for some evenings, when I did a whole series of images with the toy, which provided several light modes, from single colors via blinking to color changes.

As a friend of vivid colors I enjoyed the color spectacle. Using macro and wide aperture lenses gave the best results. Some manual stimulation with extended exposure times opened extended possibilities (some more images will be added sequentially in the "Experimental" respectively "Tabletop" sections).