Picture of the month - September 2020 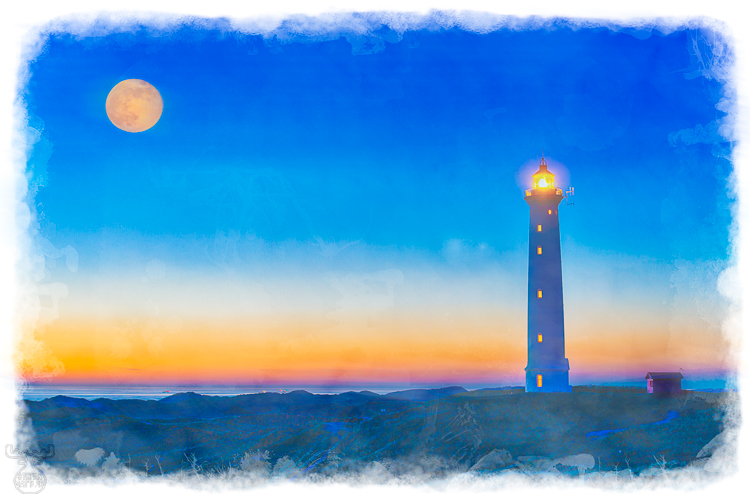 Oh yes - another lighthouse. I am sorry, I admit I am addicted to the tiny slender buildings at the water.

This specfic image is in fact more than just a snapshot.

Well prepared regarding sundown time, shooting location and angle in order to get lighthouse, old fuel house, dunes and the sea onto the image when sun settles and the lighthouse fire as well as interior lights are on.

The base image is an HDR to cope with the broad dynamic range of the scene. The lighthouse's lens area was another separate image with much lower exposure in order to make the fresnel lens visible and remove the glare of the strong light. It was mounted afterwards in Photoshop.

Oh yes - the moon. The nasty guy had decided to be just on the opposite side over the Fjord rather than the North Sea. Another separate, later on in Photoshop mounted part.

Last step in editing was the water color look. I love to gives images an artistic look. I compensate my complete fail in any real arts such as painting by that. Might need a psychologist maybe.

I once tried to use such images for a calendar, being complete refused with the statement "Such filter effects are used up already". I did not reply ... the effect in these images (I maintain a small portfolio of those) is handmade in Photoshop with different brushes. No filter. Hours of work ... I think ... it was worth it. Your opinion?