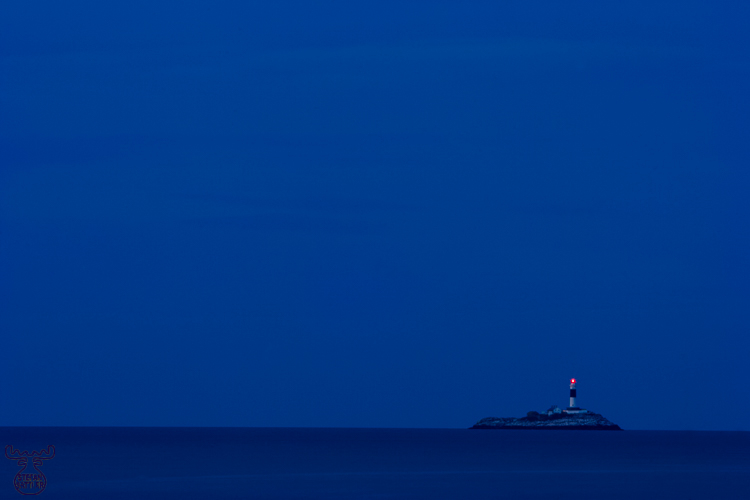 An ambigous title.
Both meanings are true - the lighthouse (did I tell I love lighthouses?) was quite a bit out on the sea on the shore at Rush, close to Dublin, where we resided on the camping site two days during our city tours through Dublin.

And it was zoomed quite a bit  with the EF300/4.0 IS USM telelens, of course using a stable carbon tripod. 30s at F32.0 were safe enough to get a good portion of the intermittant red light sent out. And it "smoothed" the sea to a flat piece of water.

What I like most with this picture is the nearly monochromatic appearance in a cold blue, symbolizing the late hour the picture was taken. Sky and sea are nearly one hue, just separated by the brightness. And the tiny small red dot from the light bulb contrasting ... a minimized complexity in this picture with a lot of uniform areas without any content ... and still I feel it's better than a frame-filling shot of the lighthouse in it's rock. Photography is fascinating.