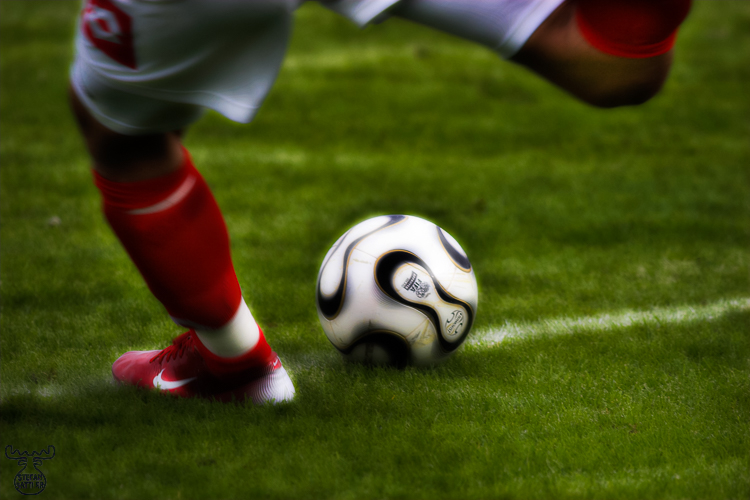 Sports photography is not my favorite discipline. In fact the picture taken of a soccer game in a district of my hometown was the first play I joined with a camera (as a matter of fact I am not a soccer fan although being German).

Actually my wife is a great supporter of the second league club "Greuther Fürth", who joined for a friendly game at a local club - SV Buckenhofen. The photo was my selection out of a series of similar ones - sports phoptography is somewhat comparable in that respect to animal photography, where speed and the accurate moment of exposure is the key factor.

As "simple" sports pictures are still not my cup of tea, I did some postprocessing on the computer - very similar to the "in art" series I did from Ireland and Denmark. Soccer is now not that unattractive any longer for me - it's just another object for photography  showing the versatility of photography - you will always find new ways of seeing things, new objects and areas and new ideas what to do with the "raw material".