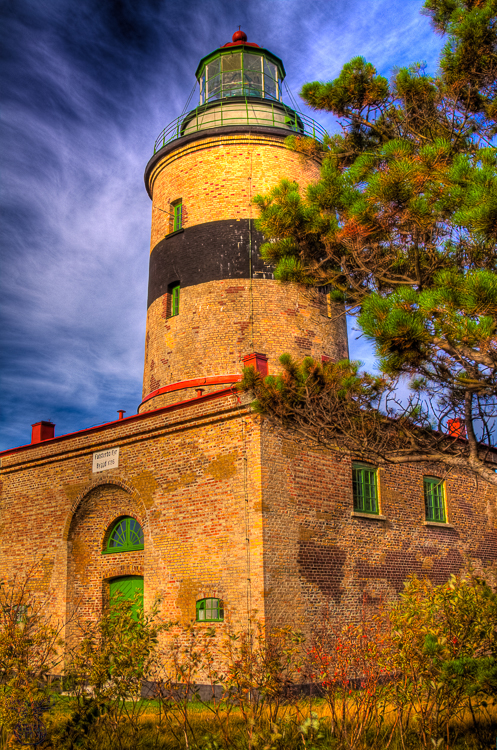 Never stopping experimenting, HDR became a new method to modify images for me - in a way never possible before in analogue techniques. Virtuosically playing the tremendous amount of sliders in todays HDR tools supports the artistic approach. Not only modifying the picture's contrast to get lights and shadows compressed, the image can as well be shifted to a burlesque of the original or an impression of paintings. Finally it's your (or in this case mine) taste and decision where to stop: That's it.

When checking out other HDRs, which had to undergo my changing hands, you will notice it's seldom only the urge to compress the pictures contrast, which brought about the decision to do an HDR instead of a "normal" image. Just looking at the sky and the clouds, the feeling of "that's not correct, that is not reality" leaps into mind. But it's cool :-)

In this years Sweden vacation HDR became an integral part of my photography. Eased up by the new custom functions of my brand-new EOS50D, a simple 3-image-bracketing became unusually easy - no more scrolling in camera menus. That tempted to just try it in between the standard shots. Although HDRs with more pictures usually become better, many of them work out pretty well with already 3 images.

The Falsterbo Lighthouse (Falsterbo Fyr) in Skåne in the South of Sweden close to Trelleborg is of these "out-of-3" HDRs, using +/- 1,33 stops exposure bracketing.

One peculiarity remains to be mentioned: When approaching the lighthouse it is strongly advised to take care for live and gear - you need to cross a golf club to reach the headland and lighthouse. Goll balls are flying low there ...