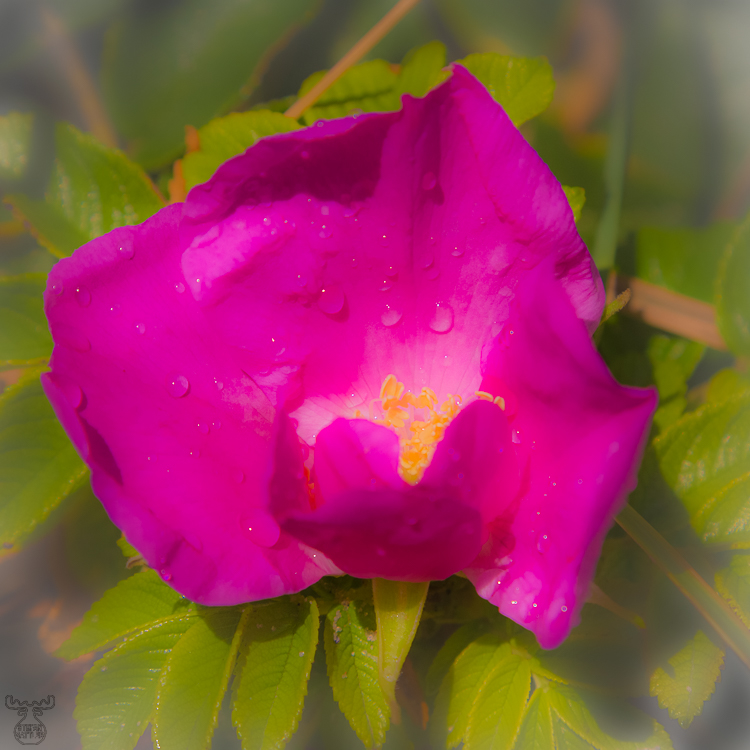 Knowing some of my website and my images means knowing my affection for the country and particularly it's Western areas of the biggest part of Denmark- Jutland's North Sea coast. It's always more than a vacation - it's a coming home.

I tend to connect certain features and details to my overall picture of a location - scents, views, haptical experiences - whatsoever seems specific enough to burn into my memory. For Denmark I could name many of those features - one is the Rugosa rose. It's spot of color - specifically the dark pink blooms, which are the most common ones - together with the red hips and the fresh green leaves- is widely spread on West Jutland's dunes and back country.

Originating from Eastern Asia, the Rugosa rose - also called Japanese rose - has flooded Denmark starting around 1875. It easily grows in the harsh North Sea- and dune environment due to a high tolerance for salt and rough conditions including sandy grounds. Although being considered as an invasive plant, it supports erosion control and can be used in jellys. And it serves as an object of reidentification for me when getting back to Denmark.

This specific image was by the way the first image taken during this year's vacation (neglecting a vast amount of family images). Be prepared to find more Denmark images the upcoming months!