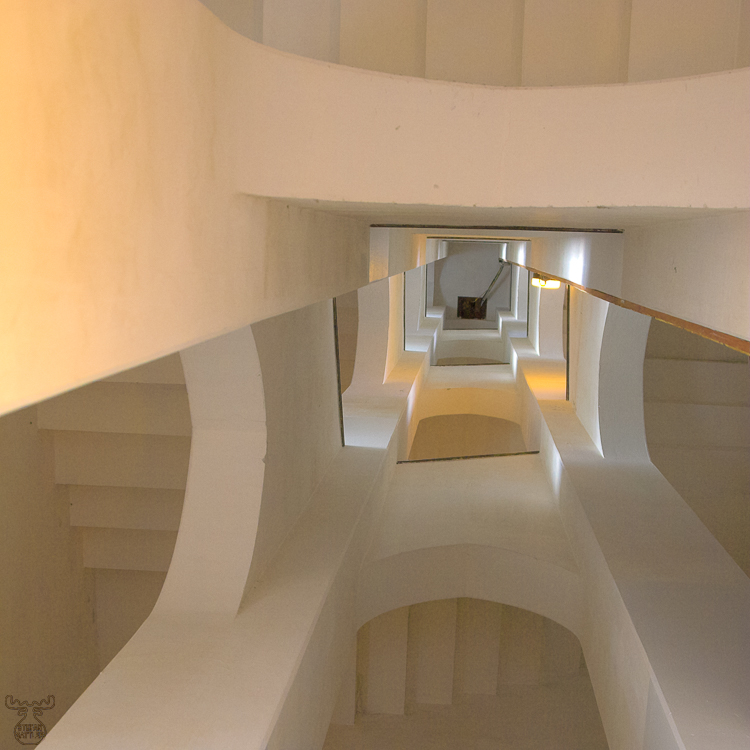 Blåvandshuk Fyr in West Jutland in Southern Denmark is another lighthouse I have visted more than once. But it was the first one in my collection being square and not cylindric.

It is photographed from bottom to top with available light shining through the windows. Only a single electrical light adds a warm toned ring in the middle of the stairways.

The image is some years old - using an EOS 30D. At those times higher ISO numbers were not yet an alternative for available light if you wanted to avoid high amounts of sensor noise. ISO250 resulted in a an exposure time of 1/25s. Luckily Image Stabilizers were already common with Canon lenses, so the image was OK without tripod. And a sturdy tripod would have been rather cumbersome in narrow stairways and doorways often found in lighthouses.

Having my EOS6D as today I would likely just set to ISO1000 - still getting less noise than with the ISO250 in "ancient times". Life gets more comfortable for photographers indeed.