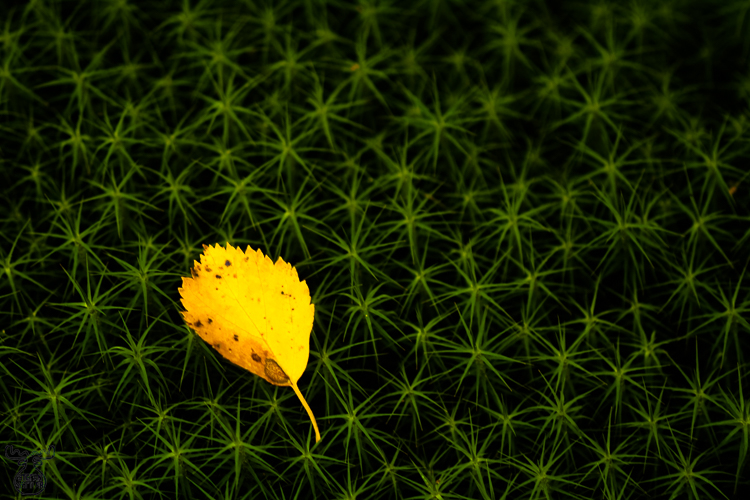 A silent picture indeed. Just a leaf on a bed of haircap moss. When spotting the scene I nearly believed to still see the leaf slowly falling down onto it's soft underlay.

Color, contrast, forms and patterns - especially in nature - are constantly baffling me. This is one example taken during our recent Sweden vacation on a hike in the endless forests of the country. The required humidity for this species is usually not a problem throughout the country. We were lucky to catch almost two weeks without loads of rain though.

You don't even need to manipulate the scenery - the leaf actually exactly had the position, so I only had to take the picture using my macro lens. Referencing Fritz Pölking's classification on nature photography it is a "Nature document" in fact. Some contrast adaptation brought more focus on the bright leaf, while the darker green of the moss lost intensity. Therefore it is maybe better to say "almost a nature document".