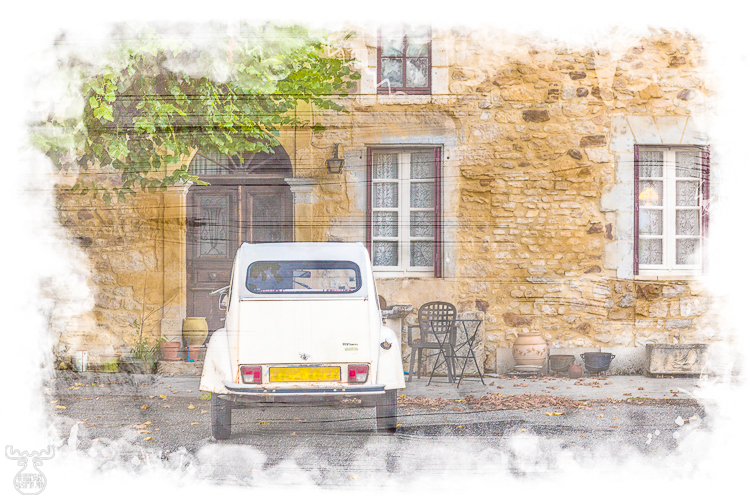 Another trip to France entering a new region of the big country for the first time: Périgord, département Dordogne, in the South-West of France.

It offers a range of locations off the beaten tracks. Not really lonesome, but far enough from big cities and industry it offers a recreational environment we need after some busy months in business.

When it comes to France, the Citroën 2CV, in French called "deux chevaux", literally translated as "two steam horses" is definitely a symbol for the country. Manufacturing stopped in 1990 after 42 years of production.

Another allegory are the old country houses made of stone. Many can still be found in an original condition, whole villages give the impression of being unchanged for along time. This is one of the reasons you should travel the region and take the pretty often really narrow roads to enjoy the atmosphere.

When it comes to this image - a lucky discovery while spending some time on the roads with open eyes absorbing the environment - I had the feeling that some image processing might enforce the mood I wanted to transport. It took a little bit of brush strokes and dashes and some partial desaturation in order to create a kind of watercolor style.