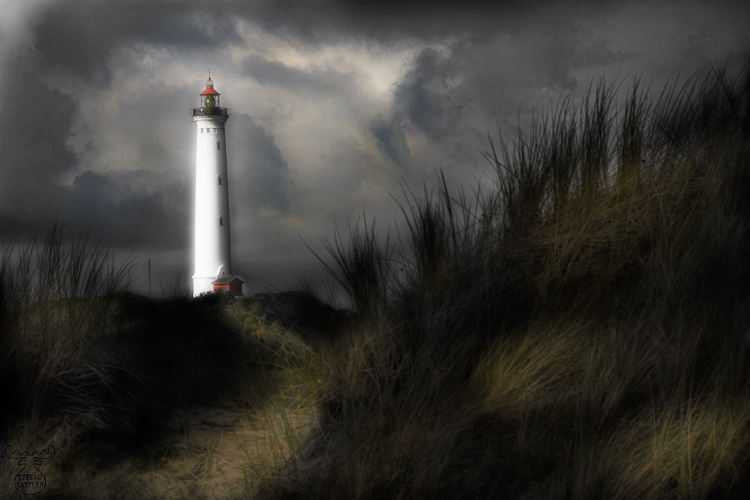 The series of so called "in Art" pictures is growing. The special manual treatment of the original picture, where not content, but contrast and saturation are altered partially with a digital brush, doesn't get out of my mind.

Sometimes, when viewing pictures at home, I get inspired to use the computer (and ways too much time) to paint contrast, brightness, saturation and diffuser in multiple layers to create a new view of the common. It's the digital possibility, which I never had in the analog world. Just as I didn't have an own lab. Wonderful digital world :-)

The lighthouse shown (lighthouses are a clandestine passion as you might know already) is actually one of my first objects of ambitioned photography at all. Picture number one in my favorites archive is showing the Fresnel lens of Nørre Lyngvig Fyr - taken in 1989.

The name is another issue of inspiration - often a sudden flash of thought. When extracting the lighthouse and the path from the environment by means of contrast and brightness, the ambiguity of the name just seemed correct ...