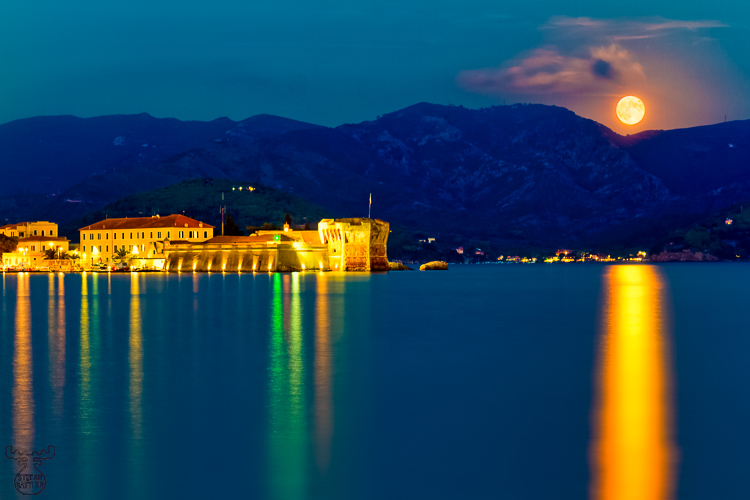 It was a long day already when we came back to Portoferraio on the Isle of Elba. We had started early in the morning from Roccatederighi to Piombino, where we took the ferry to Elba. A whole day roundtrip gave us an impression of the island with extended coast lines, sandy and rocky beaches, small and larger towns, mountain roads, hills and nature.

We were waiting at the seaport for the last ferry back to the mainland of Tuscany to get back to our summer domicile - thoroughly tired.

We were exhausted and decided not to use the remaining 45 minutes to check out the city of Portoferraio, which had looked great from the ferry during arrival. It features a natural rocky bay, which was already used as harbor by the Romans. The name Portoferraio means "iron harbor" - Elba was known for mining of iron.

The fortifications date back to 1548 to 1552. The octagonal fortified tower - "Torre della Linguella" or commonly called "Torre del Martello" on the image is from 1548. All these historic sites did not conjure up my camera. The special light from the illuminated buildings boosted by the moon, as they reflected in the Tyrrhenian Sea, did. Luckily.

And I realized why I usually always have my big tripod close at hand. This image - a HDR made from three single images with spread exposure of -3, 0 and +3 stops - would not have worked without. The exposure time of the underexposed image was already 1.6 seconds.