Not the most touristic target these days, Haiti has it's Charm - besides the dramatic situation for the population arising from a long history of exploitation, dictatorship, colonization and trade embargoes.
Today Haiti is the poorest country in the Western Hemisphere. Most people are living from below 1 US Dollar a day and eating mudcakes to at least get the feeling of eating anything. 80% of the population are living below the poverty line. The situation seemed to improve when the new president René Préval entered the stage, and currently it appears that he ended the line of terror government. The UN troups MINUSTAH intended a stabilisation also in the slums - but couldn't manage for areas such as Cité Soleil - still a dangerous area in Port-au-Prince, where heavily weaponed gangs (called Chimères - Aristides secret army) still control the "hell on Earth". A lack of export and tourism doesn't paint a positive picture for the countries' near future. 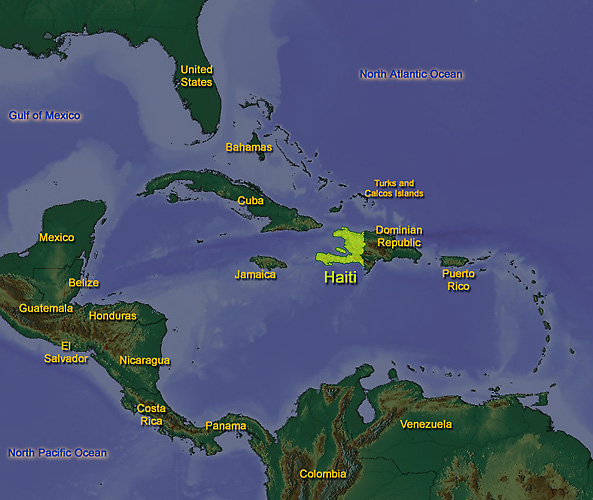 This is a truely long story which I do not plan to tell, references to sites adding information on history and situation can be found in the link section. Or - if interested in downbeating reality - you may watch the film "Ghosts of Cité Soleil". My intention is to give a tiny glance on what I was able to see in about 4 weeks of staying in Port-au-Prince and a little bit of it's surrounding. Don't expect too much - it's a different section compared to the other regions which I visited for vacation with full photo gear and freedom to move around and take photos wherever I felt - I am neither tired of life nor a hero or photo journalist, just a father picking up his adopted son - so the picture variety and quality is low - in many cases taken from a driving car.

Haiti is besides all negative elements a proud and friendly country - just with people suffering from an enormous amount of agony. They do their best to survive, try to dress as good as they can - some of the children, who do not end up as slaves for richer families (called Restaveks), get the chance to go to school. Those lucky ones wear school uniforms - an exceptional impression on the streets in this environment. 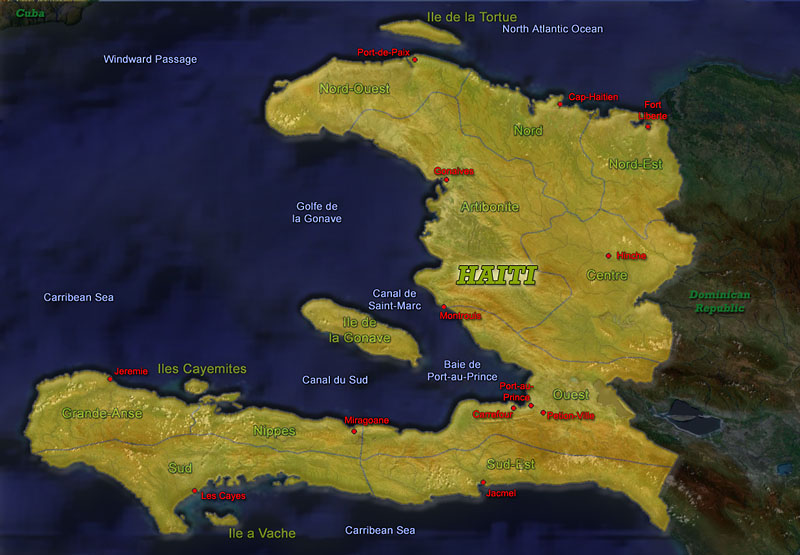 In most cases I have not felt threatened at all - even when walking through the skid rows such a Carrefour Feuilles. Sure, all people were staring at us - but because of the unknown white skin - astonished, but never hostile. The children in the school we visited softly touched our arms - they obviously had never seen white skin before. The circumstances the pupils live and learn where extremely positive compared to the surroundings (they even received school food, as the school is financed by personal sponsorships). German pupils would have went to the police immediately because of danger to life or physical condition - I began entering an unknown level of modesty in the four weeks in Haiti.

Enjoy the small part of Haiti I can show - most is taken in the Guesthouse in Petionville where we stayed. A little bit during some tours through Port-au-Prince and Carrefour Feuilles, and some on the road to a former Club Med (long time closed as tourism had vanished), which was reopened by the Haitians - room for hope ? The pictures taken in the Club don't reveal the world outside the fences guarded by weaponed forces - a Carribean sea idyll for a postcard to be sent home ... maybe a snapshot of the area just like in ancient times before Columbus occupied the island of Hispaniola - the richest area of the region with extensive natural resources, farming, exports and the craddle of piracy.