"Association for the Protection of German Game Animals" 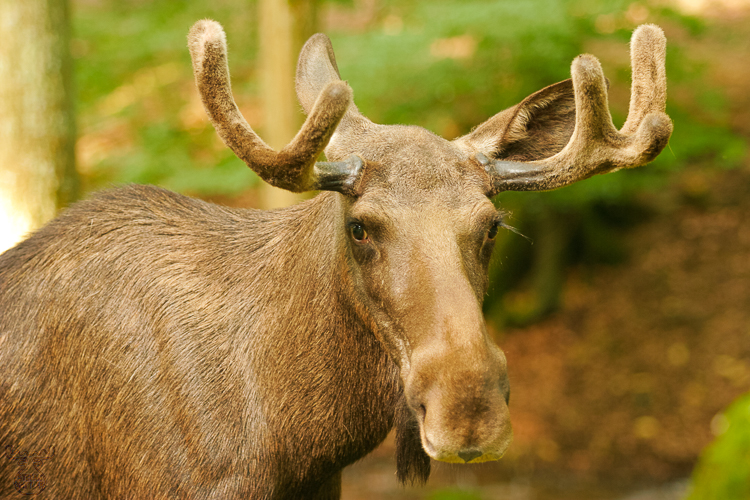 This Association (German: Schutzgemeinschaft Deutsches Wild, www.sdwi.de) votes  every year another animal to be the "Animal of the Year", which it agrees to deserve public attention .

2007 this is the moose. Like some of the last years "winners" such as wolf and brown bear, the moose was chosen as a big game animal to re-enter it's old homeland Germany on a natural way after being extinct here before.

The associaten was founded after World War II when the natural population of game in Germany was threatened to vanish. The work of the association comprises of investigations performed by qualified personal and preparation of statements to be presented to policy makers. It cooperates besides others with the UNEP (United Nations Environment Program) and takes part in international agreements.

Some information from the association's statement  - History of the German moose

For quite some time the moose is occassionally seen again in the forests of Brandenburg, and sometimes even in Bavaria.

In Germany the moose was extinct after the end of World War's II and the loss of East Prussia, where also only a few of the originally 1200 moose were able to survive. In the meantime the Russian administration has resettled the animal in it's home area.

The moose was threatened to be extinct already many times before:

- After the Seven Years War in 1763, Friedrich II of Prussia declared a several years lasting close season for the East Prussia moose population

- Floodings in the beginning of the 30's decreased it again killing 90 calves. After that tragedy diking was improved and conservation areas initiated to protect the remaining moose.

Some information from the association's statement  - Natural balance

According to a 10-years study in Canada moose and wolf live in a biological balance. On the Isle Royale in the US-State Michigan the moose had 250 calves every year, and the same amount of old and ill moose were killed by wolf in that period. The Isle had a natural, biological balance of 600 moose and 18 wolves ...