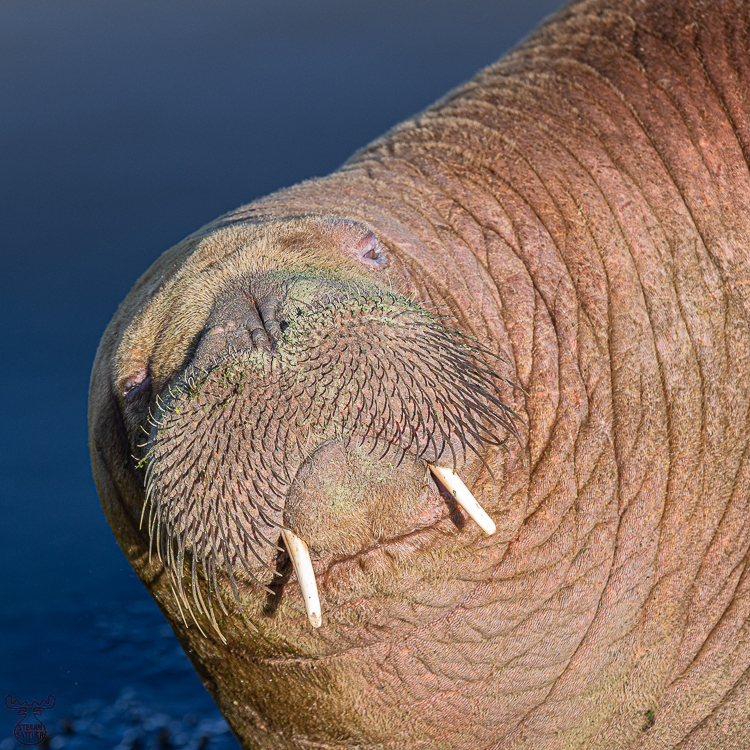 Not getting up North to the subarctic areas of the Northern hemisphere up to the North Pole seldomly gives a chance to see those impressing mammals - walruses.

Odobenus rosmarus - the atlantic walrus - with about 500-600kg for the female ones as Freya is one - are usually not found in Denmark. Very seldomly single walruses travel that far South. One theory is, that they might have fallen asleep on an iceberg which floated towards south bringing it to areas they have never seen before.

Freya was according to Internet sources seen in the Shetland Islands, Northtumberland in Borth East England and several times in Denmark - Thorsminde and Hvide Sande, where I have spotted her in March 2022.

I heard from a Danish friend she was around some days before I came to West Jutland in March, so I tried finding here. I was so curious seeing here in reality. The first day I didn't have any luck checking out together with good friends.

The next day when I was arounf for some great light conditions with mist I went back to the harbor area she had been seen before. Nothing. I went out to a pier with the camera when a small sounding boat passed by - and stopped at the pier.

The guy inside pointed to an area behind a harbor corner - I tried - and found Freya sunbathing, sleeping on the stony banks of the harbor basin. The long lens was attached, sun was shining - what else do you need?