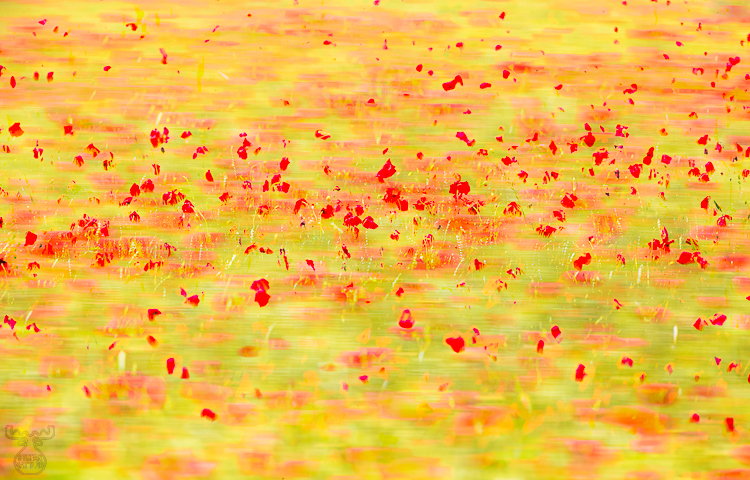 Photography - or art? - or nothing to talk about?

Since my early days of photography I tried more than just depicting reality for some of my work.

While it was manual manipualtion with chemicals, slide sandwiches and more in the era of analogue films, things became more handy in the digital world.

This image of a poppy field in Northern Italy, not too far away from lake Garda in the province of Verona, is not much different from what I did many years before in a film based way:

It is a double exposure of the field plus a version with longer exposure time where I moved the camera in horizontal direction. Both together give a dreamy, unreal, arty result.

In the past, it was about taking those two images either in the camera on one slide- if the gear was able to - or making two slides and combining them in the slide frame. Some exposure compensation had to be done in-camera though.

While many modern digital cameras are capable of doing double exposures as well, also two separate images can be combined on the computer in post-editing.

Latter gives more freedom for changes, e.g. zooming one of the images, separate contrast, saturation settings and such.

It doesn't matter finally - it's only the technical aspect. Create what you like, if others call it art, nothing worth talking about of still photography!