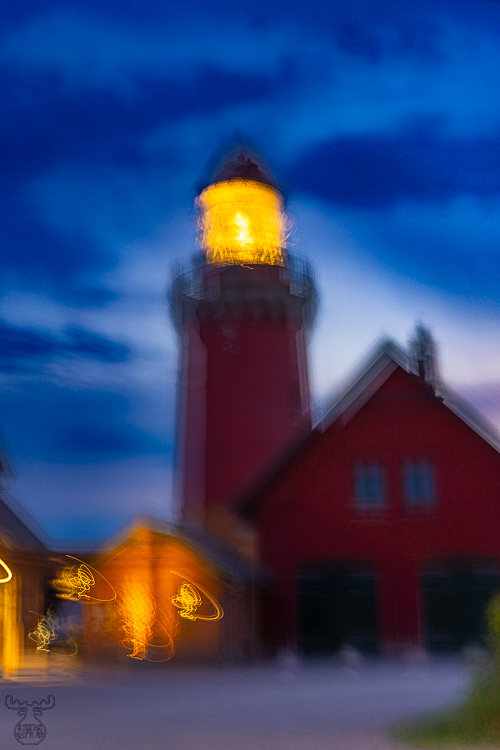 Too much alcohol? Shaky hands because of a new love to meet or a recent shock?

None of those. The picture is an ICM - Intended Camera Movement - experiment.

Camera off the tripod, ISO down to 100 during the blue hour when it's dark enough already so the lighthouse as well as some local lights are on.

With the resulting exposure time of 3.2 seconds trying to capture a part of the 3.2s holding the camera as steady as possible followed by the rest of the time moving it with limited radius - somewhat randomly, but in fact rather controlled.

Some might just call it an unsharp image - I love those kind of image alternations or alienations. Not pure imaging, it gives a blurry, dreamy touch to the image.

These kind of experiments usually don't work out with one try. The result is highly variable as no picture looks like the other, so continue playing until you like it. This version made the run for me.

Try it out - it's full of fun and exciting to check the emerging results.