The weather is likely one of the most amazing and astonishing Scottish peculiarities. Wide variations in climate over small distances, several changes between sun, rain, cloudy times, storm and wind in a few hours - prepare well what to dress!
Although generally quite mild due to Gulf Stream Winds, the country - especially in the Highlands being close to the Arctic Circle - can have extreme weather anyhow. The West coast being milder, but wet (summer highs around 19°C, the East Coast more cool and dry, the whole country seldom sees snow, but the chilly winds make you - even in summer time during July and August - sometimes feel like winter. Best time to visit is between May and September. Especially if your interest is the Highlands with it's nature July/August can be recommended.

The country can in total be called "expensive". The Pound Sterling, valid in both England and Scotland, has got a brother from the Scottish banks, which issue own banknotes. Anyhow you have a chance to keep costs down by avoiding Bed&Breakfast, which is widely spread in the country as an alternative to even more expensive hotels. A large network of camping sites fits the need of backpackers. The municipal sites are often cheaper than the private owned ones. The standard is good, even if not to be called luxury.
With camping instead of B&B you can save more than half of your accommodation costs. Except Edinburgh the Highlands and the Islands are more expensive than the rest of the country. Ferry trips - especially with car -are really costing money. But they are mandatory parts of a trip including visits on Islands (except Skye, where a new bridge exists besides the ferries-anyhow, the very short passage is the cheapest one to any Island, and the bridge costs as much toll). 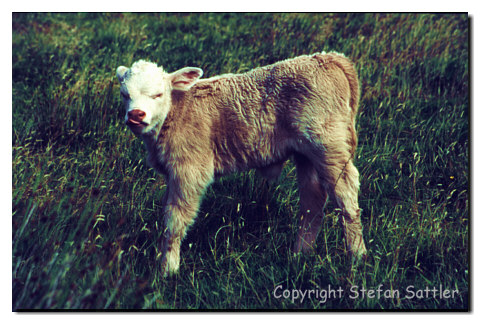 Typical Scottish dishes are Haggis (with a high effort for accustoming - it consists, roughly spoken, of all that you normal throw away from the sheep - lungs, liver, heart put into the stomach), smoked salmon or trout, shortbread, porridge, seafood and meat (which came into hot discussions with the mad cow disease).

Edinburgh: Mandatory on a Scotland trip due to it's architectural heritage, historic Old Town contrasting to the Georgian New Town, the romantic Edinburgh Castle (foundations dating back to 850 BC), the royal accommodation at Holyroad an Carlton Hill with it's famous outlook. Have a look at Greyfriars Kirk and the graveyard  as well as the statue of "Greyfriars Bobby", a legend around a Skye Terrier holding vigil over the master's grave for 14 years (nice to buy the book in a nearby bookstore and brush up your English - I warn you - it is sad!).

The Inner Hebrides: The Isles of Jura, Islay, Colonsay, Mull, Iona, Coll, Tirre and Skye can offer more than just Whisky or songs.
Skye gives the chance for fantastic scenic coastal walks, very changing weather and some nature viewing opportunities such as Otter Haven. It's just beautiful and in case you want to visit just one Island my favorite.
Mull with it's capital Tobermory (remember the name from the Whisky?), where you find one of the countries most-photographed harbor with it's colorful houses. Also castles, mountains and a railway belong to this small Island.
Islay as the most southerly of the Inner Hebrides offers most for Whisky Enthusiasts and it's very smoky water of life. One of the best preserved Celtic crosses, the Kildaton Cross, can also be visited here.

Melrose: The attraction is a ruined Gothic abbey with decoratve stonework, but also a teddy bear museum for the castle-tired-mind

The Outer Hebrides: The Isles of Barra, South Uist, Benbecula, North Uist, Harris and Lewis form an 200 km arc of treeless and remote Islands. Harris, well known for the Harris Tweed, might the most interesting of the group - mountains, rocky coastlines and beaches provide a good range of attractions.

Some history in short form ?